Alfred Hitchcock, probably in his interviews with Truffaut, talked about a brilliant opening to a suspense movie that he had thought up but never got to use. He wanted to do one uninterrupted shot that would show an automated car production line. The shot would start with the very first part of a car being assembled and would track all the way through the process until the completed car rolled onto the floor at the end. A worker would then step forward and open the door and a dead body would fall out. Hitchcock could never figure out how the body got there so he didn’t end up using it. Great idea though.

Openings are key, as we know. I’m working on a pilot script for a 6-part BBC series at the moment and, in the spirit of sharing rather than hiding, here’s the opening (with apologies for the inevitable formatting discrepancies):

EXT. A WOOD IN THE ESSEX COUNTRYSIDE - DAY

A CHILD’S HAND reaches down, picks the bottle up—

CAROLINE is eight years old. She’s wearing jeans and trainers and a BATTLE OF THE PLANETS T-shirt. She turns the bottle over in her hands, holds it up so the light catches it—

A SHOUT from somewhere off. Raised adult voices; a MAN and a WOMAN, the sudden explosion of a VICIOUS ARGUMENT—

CAROLINE starts. THE BOTTLE DROPS. It hits a stone, smashes—
CLOSE ON: sunlight flickering over the bottle fragments and the MURKY, DUSTY CONTENTS spilled on the ground—

CAROLINE emerges from the WOOD into a field of grass that comes up to her waist. The field slopes down to a SMALL FARMHOUSE, squatting alone in the landscape. The grass is a brilliant yellow-green, moving like an ocean swell in the breeze—

The shouting is coming from the house. CAROLINE looks worried/frightened. The words are indistinct; a rumble of anger echoing up the hill. CAROLINE starts forward—

The door to the house opens. Shouts amplify and clarify. One word, distinct, whooshes up the hill and hits CAROLINE full-force: “DIVORCE”. The child catches her breath. Tears spring to her eyes. She starts running—

A MAN emerges from the house; striding, angry. He’s carrying a holdall, heading to a beige MORRIS MARINA ESTATE—CAROLINE, running down across uneven ground, the characters on her T-shirt –Jason, Mark, Tiny and Keop– skimming the surface of this sea of grass—

The MAN reaches the car, opens the door, throws his bag inside. A last shout from the unseen WOMAN inside the house and the front door SLAMS shut—
Somewhere inside, a LITTLE BOY starts crying—

CAROLINE calls out as she runs—

She’s too far away, he doesn’t hear her. She’s breathless from running and crying. She powers forwards—

The wind carries her voice away from him. He turns to take one last look at the house, then bends to get into the car—

The MAN hesitates, looks up. He turns his head. She stops, waves. He just needs to know she’s there. His eyes find her—

Their eyes meet. His say nothing. His face is pale, his expression blank. She waves again, smiles through tears. He’s seen her now. Everything will be alright, he just needs to wait for her to get—

And he turns away from her and gets into the car. She stands, helpless. He starts the engine, throws it into gear. Her mouth opens but no sound comes out. Tears salt her lips—

The car grinds gravel and accelerates away. She watches it disappear from view. Somehow she knows this is forever. She collapses to the ground and clings on as the world spins under her and everything breaks.

I’m pleased with this for reasons I can’t really go into without talking about the whole over-arching plot, but I think it hooks the interest. The scene is a flashback but it’s key to the central character’s journey through the whole thing. It also shows off the landscape we’re setting the story in, it sets the emotional tone and it features one major plot clue - the bottle the little girl picks up is going to be MAJOR.

Because I’m at the early stages of several projects at the moment, beginnings are very much my current jam. I just wrote a pitch for a three-season TV story that starts thus:

Tuesday. 3.53pm. RUTH CAMPBELL is 37 years old. She’s married to IAN and they have an eight-year-old son called JAMIE who is into Ben 10 and Scooby Doo and who is pretty much convinced that the sorting hat would put him in Hufflepuff although Ruth suspects that at least some of the time (and certainly in the half-hour before bed or any time he needs a haircut) Slytherin would be a better fit.Ruth struggles up the front path, laden with the weekly shop. She drops everything on the doormat while she digs her keys out of her bag, then opens the door and drags the bags inside. She calls out; Ian’s car is in the driveway and the door wasn’t double-locked so Ian has presumably brought Jamie home from school already. No answer. This is not unusual. She heads into the kitchen, heaves the bags onto the counter and starts to unpack.A noise behind her makes her turn with a start. Ian and Jamie are standing in the doorway, looking at her, confused expressions on their faces.Ian: “Where have you been?” Ruth: “To the shops. I said I was going to the shops.” Ian: “Ruth… That was two days ago.”

This one is grabbier than the first because it presents a mystery straight off the bat. It reminds me of the opening episode of the ANCIENT TV show “Department S”, which details a plane arriving at Heathrow having been missing in the air for several days but neither the passengers or crew are aware of this extra time having elapsed. I didn’t consciously nick this, but it was clearly in my head. Anyway, the Department S storyline wraps up in 45 minutes and mine takes three seasons and the world ends two-thirds of the way through, so I think I’m clear.

A good opening scene is absolutely crucial. The first time someone reads your script, you need to have them hooked by the end of the first scene. I’ve been lucky to learn this writing for a bunch of shows that have pre-credit sequences wherein you HAVE to come up with a decent grab or you’re dead in the water. Most of the time on mainstream TV shows, this grab is a murder, which is unbearably fucking tedious and basic but it does work. Nowadays, with my own stuff, I’m reaching for something more interesting than the sudden revelation of a body on the floor but that dusty old trope can still be brilliant when it’s done well.

Blake Snyder (Save The Cat) points out that your opening image and your closing image should relate to each other. This might be a bit literal but the idea is solid; the opening has to be more than just arresting, it has to set out your stall. It has to tell the reader where we are, what kind of story we’re telling, the tone of that story and the pace of it. Ideally, you shouldn’t write the beginning until you know the ending, that way they are tied together as Snyder suggests. This is good advice, but I can’t give it in all good conscience because I rarely take it (I probably should).

In the first example, above, I know that the little girl’s father leaving is a key moment in her life and I know that the whole story is ultimately going to circle back to resolve that moment somehow. I just don’t know exactly how yet. In the second example, Ruth’s missing two days are crucial to the unfolding story and I know it’s going to happen to her again in Season 3. I have a pretty good idea how and why this happens, obviously, but I couldn’t write the ending with any great conviction yet - I’d need to explore the unfolding story some more.

Take time and care over how your script starts. That first page needs to be as good as you can get it because however great the rest of your story may be, if the first page doesn’t grab no one is going to read on.

Outside of suspense, there is one opening sequence that would take a lot of beating: The Wild Bunch. Even before the gunfight starts, we have the Bunch riding into town. We see the bank, we see the bounty hunters staked out and we see the Temperance March moving through what will become the line of fire. We even get the kids torturing the scorpion, which is the theme of the whole movie in one short shot. Then the Bunch go into the bank and draw their guns. A teller is thrown against the wall, and William Holden delivers the line that not only tells us everything we need to know about these guys, but introduces the best-placed director credit of all time: “If they move, kill ‘em”

Inspired by discovering this list online earlier... …and because I hardly ever do lists, I thought I’d take a run at my Best Movies Of All Time. By “best” 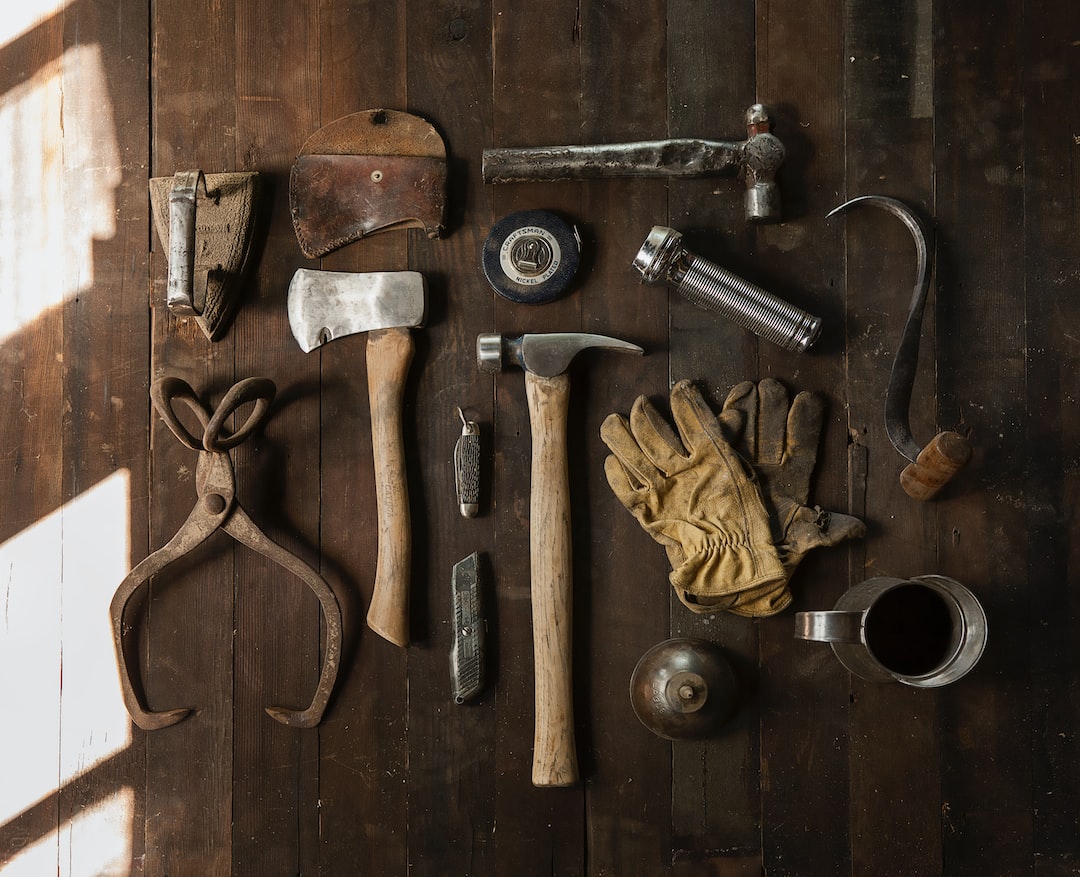 I don’t pretend to have any special insights into this stuff. I just know I love reading how other writers work and what tools they use.